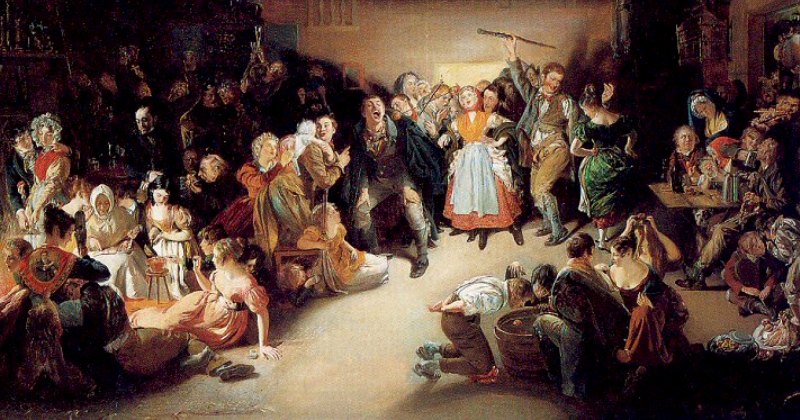 Halloween originated from an ancient Celtic festival called Samhain, where people would wear costumes and light bonfires to scare off evil spirits. In the 18th century, All Saints Day was celebrated on the first of November.

Eventually, when the traditions of All Saints Day became intertwined with the Celtic festival, Samhain, a new celebration called, All Hallows Eve was born.

Thousands of years ago, the Celts celebrated the new year on the 1st of November. It marked the end of the harvest, which was a very important time when people relied on their own crops to feed themselves and to sell at markets. The Samhain marked the beginning of winter, a time when many people died due to illness and lack of food.

It was believed that on this night, the veil between the living and the dead dropped and that spirits would wander the earth. Some spirits were harmless, but others only had malicious intentions, like the Sluagh, a soul stealer.

Superstition was central to Celtic society, especially during Samhain.
People would prepare offerings that would be left outside fields and villages for fairies and other creatures. One of these creatures was the Pukah, it known to be a shapeshifter and took harvest offerings that were left in the fields.

The Celts would dress up in animal heads and skins and gather round the fires, to ward off fairies who might be tempted to kidnap dead ancestors who had crossed into the world of the living.

This night was auspicious for priests and druids who would seek out prophecies. After the harvest was complete, sacred bonfires were lit and animals were sacrificed to the gods. Everyone in the community had to attend the celebration or risk punishment from the gods.

For us, Halloween’s monsters are only found in fiction. But, for the Celts, during the Samhain, real ghosts and ghouls swept through fields and houses, and celebrations were mixed with the fear of a long, bitter winter.

One thought on “Samhain and Halloween”