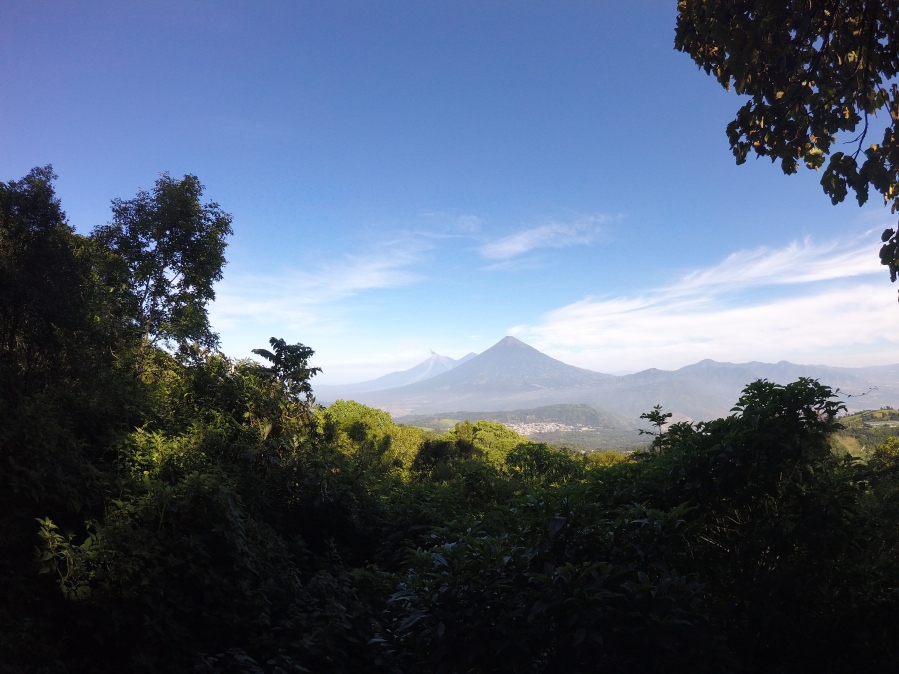 Around a hour and a half drive away is Pacaya Volcano.

When driving from Antigua to Pacaya Volcano, the devastation from the 2018 eruptions is still stark, mud covers the landscape, villages wiped flat from the ash and dirt. It was a tragic reminder of the devastation one volcano has caused, whilst we were on our way to admire another one.

Pacaya is still an active volcano and first erupted over 23,000 years ago but the volcano only spews medium amounts of ash and smoke nowadays. Volcan de Pacaya is 8,373 feet high. For those who think the hike might be too tough, fear not, you can hire a donkey to ride up the volcano.

The trek can start early, at 6 or 7 am. After arriving at a dusty entrance in San Francisco de Sales with numerous other minivans, a guide will lead you on your ascent up Pacaya Volcano.

To the northwest are views of Agua and northeast of Lago de Atitlán.

Whilst nearing the top of the trek, you can feel the tremors of small explosions. Once you reach the top, you can see white clouds of smoke, puffing out of the Pacaya’s mouth. It only takes 2 hours to climb to the top and get a taste of an active volcano.

You are surrounded by lush green hills and forest at the start, but as you approach the top, the ground becomes dryer and dustier, a sign you are close… Near the top, you reach a blanket of thick, dark, crumbly magma, hot to the touch in some areas. If you find a hole hot enough, you can roast a marshmallow or two.