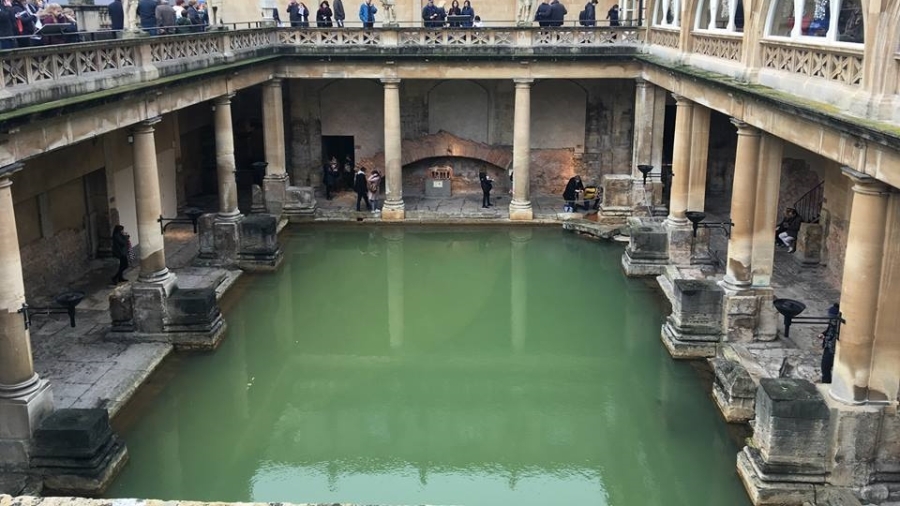 The Roman Baths are a magical experience…from water goddesses to curses, it’s one of the best ancient baths to visit in the UK 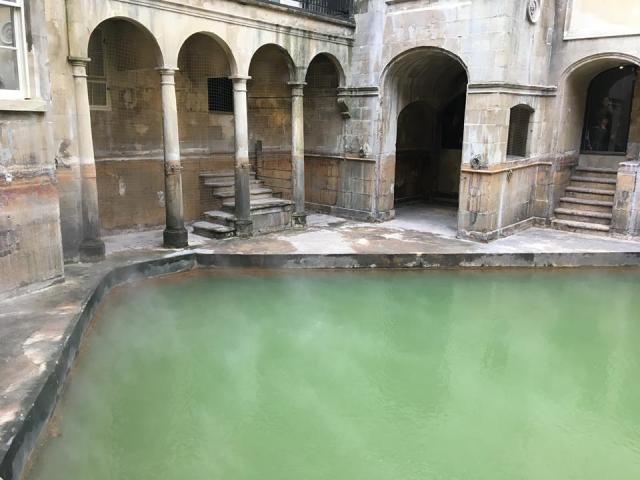 A naturally heated spring provides the heated water but when the Romans arrived in Bath they thought of the natural spring as the work of the gods. The Baths included heated rooms, hot and cold plunge pools, a swimming pool, temples and much more. For the Romans, the baths were more than just cleaning a place to cleanse, but were a hub of social, political and economic life. 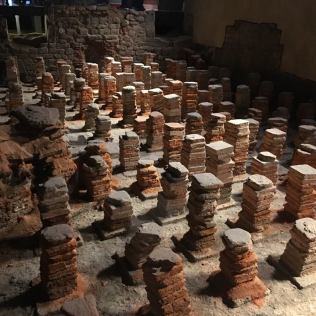 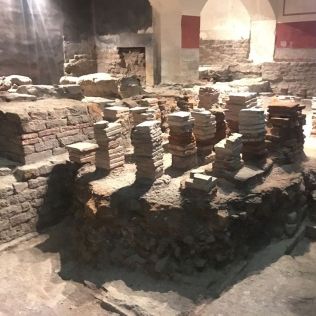 Remains of the heated underground system which warmed to floors of the baths. Slaves would crawl in between these stacks of tiles to stoke the fire.

To clean themselves people used olive oil and would scrape it (and the dirt that came with it) off with a metal stick called a strigil. The Baths had many uses and were closely linked to religion.

The Baths were used by Romans of all classes, from slaves to rich merchants…bathing was for everyone. 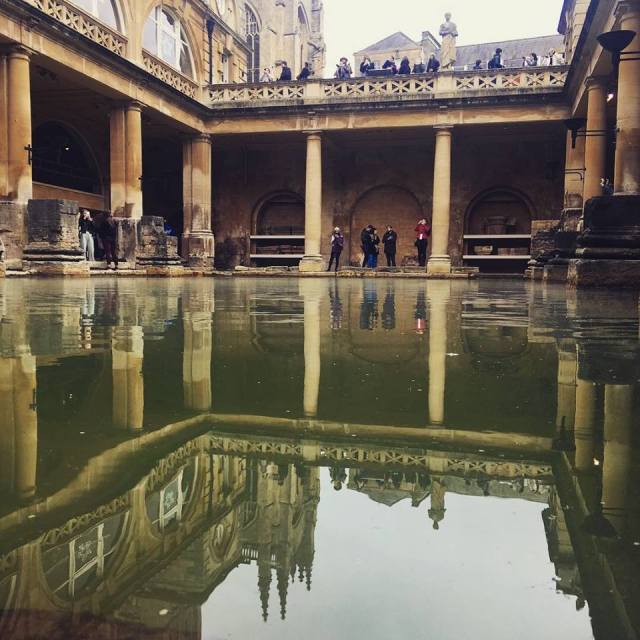 The Romans worshipped Sulis Minerva, a combined goddess of Athena and water. There were many temples in Bath where sacrifices of animals were made to the gods. After the sacrifice took place a special priest called a Haruspex would interpret the entrails of the sacrifice for good and bad omens.

Those who were rich enough to have a slave would have them hold their belongings whilst they made their way around the hot and cold pools. Those who couldn’t afford a slave to look after their belongings were occasionally the victims of theft. Curse tablets were found where people would ask the gods to curse whoever stole their items. They were written, folded up and thrown into the spring where the goddess dwelt.

Here are some examples of the curses thrown into the pools.

The Romans were petty people…

…and very protective of their cloaks

This one possibly refers to a stolen slave –

The baths were often visited by the sick… 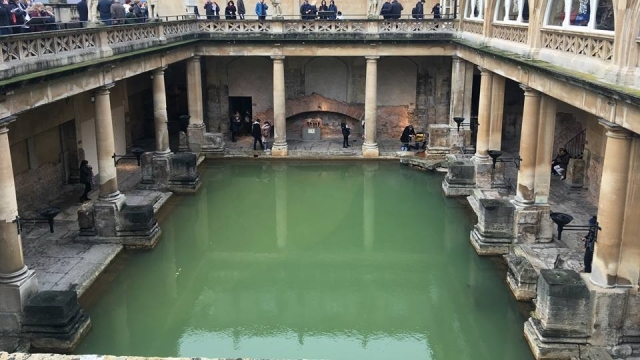 The god Asclepius was a healer and worked in mysterious ways. Patients slept and would tell priests their dreams. These dreams would be interpreted and then used to find a cure for their ailments. There are sanctuaries around the Greco-Roman empires dedicated the Asclepius. People would travel from all over to visit them for treatment. 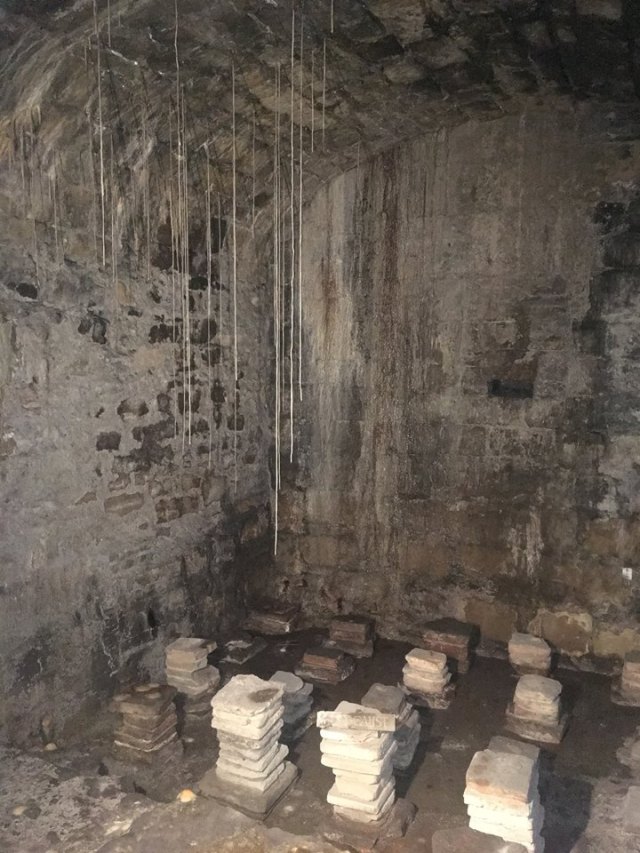 However, the baths were actually very unhygienic places. The hot water was the perfect environment for bacteria to breed and illnesses could easily spread. To make matters worse, the main pool was lined with sheets of lead, so as the bathers swam, they would be exposed to lead poisoning…